skip to main | skip to sidebar

The best moment in the 15th Anniversary Year was performing Hajj in Mecca. It was our second being in both Mekah and Madinah after the first one being in 2005.

Notice the above Photo 2 and Photo 4? Hj Saleh aka GiLoCatur wore the same orange tshirt. Actually, the favourite tshirt was bought in Holland during Matrade overseas outstation.

Below are the photos of both Fikri and Anis in the 2010 MSS chess championships. It was the second MSSM edition for Anis Fariha while the first (maiden debut) for her elder brother, Fikri. Fikri won both Gold medals ie Individual and Team in his 3rd MSSS chess championship.

Posted by GiLoCatur at 8:15 PM No comments:

Below is the only Hj Saleh N Hjh Azizah photo that Hj Saleh can find in the 14th Year Anniversary.

Hj Saleh can't remember what event the above photo was taken. Most probably, it was the HeiTech Dinner.

In this 14th Year of Anniversary, our youngest child Fahim had his first day of primary school at SKBJ.

The year of 2009 in which both Hj Saleh and Hjh Azizah were very proud parents when Anis made his maiden appearance in the MSSM chess championship. It is more memorable since it was in Selangor, the state in which Anis was born.

Below are the photo collection during the family trip to Pulau Langkawi Kedah in 2009.


Posted by GiLoCatur at 8:14 PM No comments:

I am FAHIM AL-FAQEH BIN SALEH 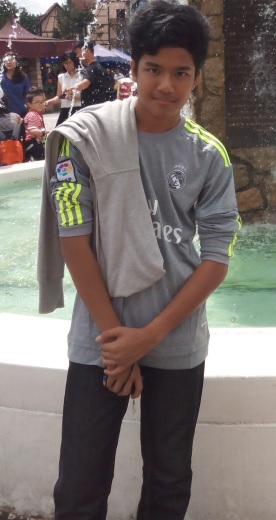 Born in Shah Alam in March 2002. The youngest child of 3 siblings. I had my primary schooling at SK Bukit Jelutong. Now I am in Form 2 at SMK Seri Bintang Utara (SBU). Want to become a pilot. 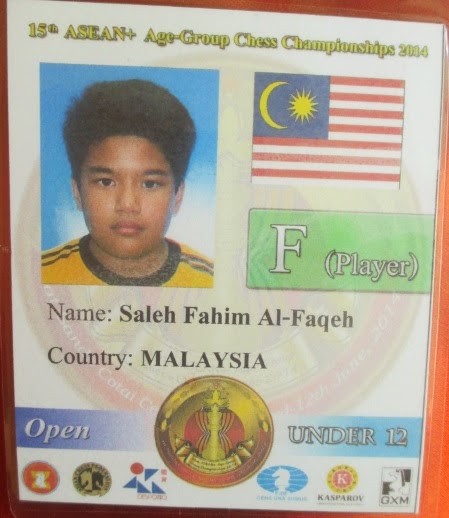 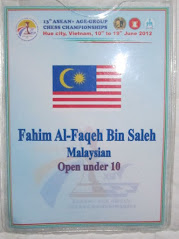 Chess Tourneys I Took Part in 2014

Chess Tourneys I Took Part In 2013

Chess Tourneys I Took Part In 2012